In the 1980s Keith Haring blazed a trail through the galleries and nightclubs of downtown New York’s art scene. Rebellious and ingenious, Haring chose to operate both inside and outside the art world. Inspired by the city’s graffiti scene, he made New York’s subways, tarpaulins and walls his canvas. This new feature documentary blends stunning archive and an edgy soundtrack, with tender and candid first-hand accounts of Haring. It tells the extraordinary story of an artist who lived and created with a boundless energy, throughout the social, cultural and political counter-revolution of the 1980s. 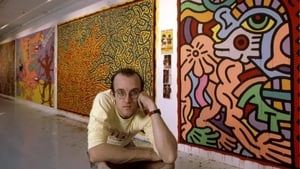