Elton John’s ‘The Million Dollar Piano’ is a residency at The Colosseum at Caesars Palace in Las Vegas. The show has been running since September 2011 with the most recent leg being 16 shows between March 29 and April 26 2014. The concerts are the culmination of Elton John’s decades long partnership with Yamaha pianos. This film features classic Elton John tracks from across his extraordinary career performed either with his band, with percussionist Ray Cooper or solo. The multimedia staging is extraordinary with vast screens behind the stage illustrating the songs, and the piano itself acting as a screen for graphics and animations. Elton John is the ultimate live showman and this is the definitive Elton John concert experience. 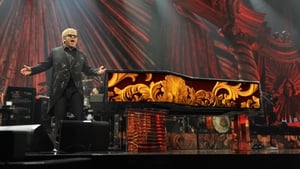