Concert film recorded at the Los Angeles Forum in 2018. Live from the Forum MMXVIII is a live album and concert film from the Eagles. It records the concerts at the Forum in Inglewood, California that took place over three nights in September 2018. It is the first release to feature new band members Deacon Frey and Vince Gill alongside Don Henley, Joe Walsh, and Timothy B. Schmit. Deacon, son of former band member Glenn Frey, and Gill joined the band following the passing of elder Frey in 2016. It was released on October 16, 2020 LIVE FROM THE FORUM MMXVIII captures definitive live performances of the band’s most iconic hits (“Hotel California,” “Take It Easy,” “Life In The Fast Lane,” “Desperado”) and beloved album tracks (“Ol’ 55,” “Those Shoes”), along with some of the individual members’ biggest solo smashes (Don Henley’s “Boys Of Summer,” Vince Gill’s “Don’t Let Our Love Start Slippin’ Away,” Joe Walsh’s “Rocky Mountain Way”). 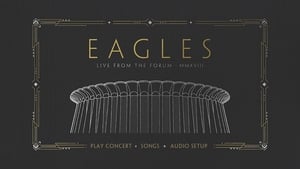 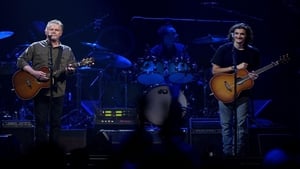 Timothy B. Schmit
Himself